Our founder, Preston H. McGinnis, of Princeton, Iowa, was one of the early Scott County undertakers and was well-known throughout the region. In the early 1900's, the McGinnis family moved to Bettendorf, Iowa and established their funeral home in a downtown storefront location. In 1923, they relocated to our present location along the banks of the Mississippi River.

Preston & Rebecca McGinnis' daughters, Mary, Mildred, Ruth, & Lottie all became schoolteachers while their sons, Nelson, Roy, & Finley all became morticians. The business was advertised at one time as owned and operated by a father and three sons. Finley McGinnis, along with his brothers & sisters, operated the funeral home for nearly 60 years with compassion and friendship. After a long and devoted career in funeral service, they retired in 1979.

Our location at 644 River Drive in Bettendorf was built in 1897 by Captain August E. Reimers. The house is reminiscent of the Queen Anne architectural style common in homes at this time. Capt. Reimers, whom had served in the Civil War, was later a steamboat pilot. The Reimers family resided in the house until 1923 when the McGinnis family acquired it.

In addition to their location in Bettendorf, they also operate Chambers Funeral Home in Eldridge, Iowa. 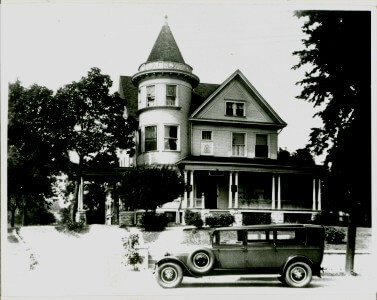 Meet with a Director

Meet with A Director